Why do we call some animals pets and others dinner? How do many people eat meat despite finding animal suffering disturbing? Here’s what the ‘meat paradox’ can tell us about moral decision making.

Every day, we are faced with moral dilemmas. Many of these are minor moral dilemmas – for instance, we tell white lies to protect somebody’s feelings or text while driving despite knowing that this is not the right thing to do.

Other moral dilemmas are not as easy to solve for some people. Specifically, the decision whether or not people eat meat seems to be paradoxical at times. Studies show that most people find animal suffering disturbing, yet many continue to eat meat. How is that possible? 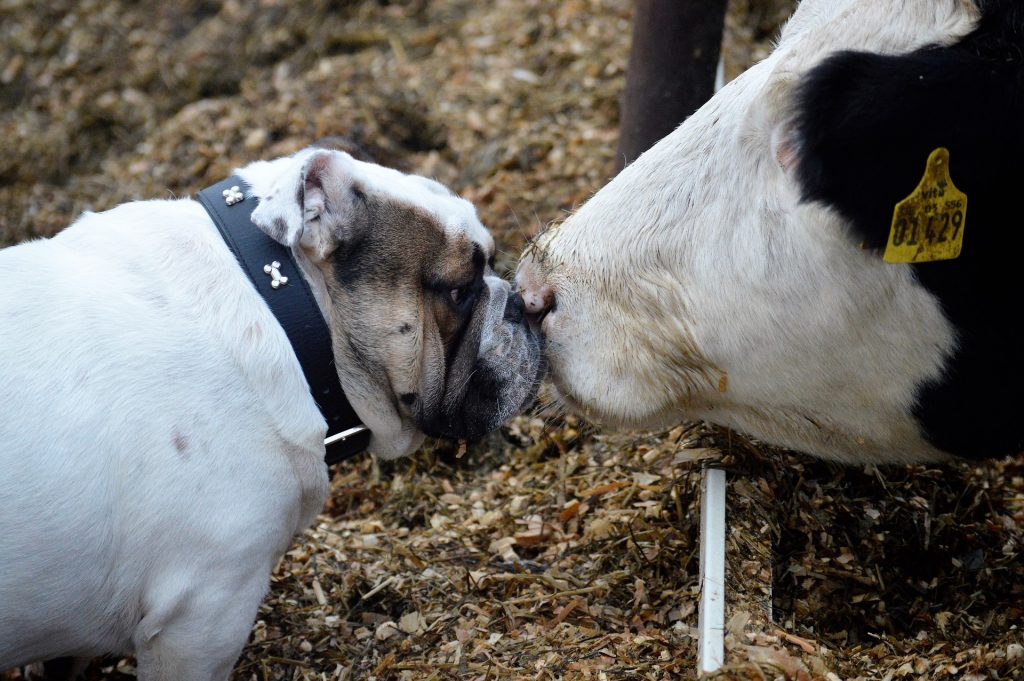 Image by Daniel Borker from Pixabay

Why do people eat meat?

Most omnivores state that they eat meat because of the taste or to get enough protein (if you are a vegetarian or vegan, you most certainly are familiar with the “But where do you get your protein from?” question). In addition to this, studies reveal that eating meat has also become tied to people’s identity in some cases. Research has shown that some men report feeling like “real men” when they eat meat, while vegetarians on the other hand are perceived as less masculine than meat eaters.

Taken together, common reasons for eating meat seem to be taste, making sure to eat enough protein and in certain cases the association between meat and masculinity. But this can’t explain everything, can it? Why do some people avoid to eat meat?

Most vegetarians in the West did not grow up as such, but rather converted from a meat-eating diet. The reasons for this are plentiful, with moral concerns about animal welfare, concern for the environment and personal health being just a few of them. Eating meat also elicits disgust in some people (me being one of them), which acts as an emotional base for avoiding to eat meat. Last, an additional factor that plays a big role in whether we go omni- or herbivore concerns how morally problematic we perceive the consumption of meat.

Cognitive dissonance and the meat paradox

Aiming to understand why meat eaters continue eating meat despite finding animal suffering disturbing, researchers have looked at how meat eaters resolve the “meat paradox”, i.e. the “psychological conflict between people’s dietary preference for meat and their moral response to animal suffering”.

According to psychologists Brock Bastian and Steve Loughnan who have coined the term “meat paradox”, eating meat despite disliking the harm it inevitably does to animals results in what is called “cognitive dissonance”.

In the field of psychology, the term cognitive dissonance is used to describe the state of mental discomfort that results from situations involving conflicting beliefs, behaviors and attitudes. Generally, people tend to seek consistency between their attitudes and behavior, meaning that any conflict or inconsistency between attitudes and behavior causes feelings of discomfort or unease.

Experiencing feelings of discomfort due to an inconsistency between their beliefs and behavior will ultimately motivate people to engage in actions that will reduce the feelings of discomfort. These actions can take on different forms, such as explaining away, justifying attitudes or behaviors or distorting and avoiding new information.

Meat eaters too employ certain strategies to reduce cognitive dissonance, i.e. the state of discomfort that results from eating meat despite not wanting to hurt animals. Let’s have a look at what these strategies look like.

When you think of a pig, what are the first thoughts that pop up in your mind? How about a dog?

Image by Shutterbug75 from Pixabay

Most meat eaters would likely answer these questions with words such as “food” and “pet” respectively. But why is that? After all, both pigs and dogs are animals and it seems an arbitrary choice to view some animals as food animals and others as animals that should not to be eaten.

Research has shown that it is exactly this process of “categorization” in food vs. non-food animals that plays a big role in whether we perceive eating certain animals as wrong to eat.

For instance, animals such as cows or pigs are typically categorized as “food animals” in most Western societies. Animals in the “food animals” category are perceived as less capable of suffering and as less deserving of “moral concern”. 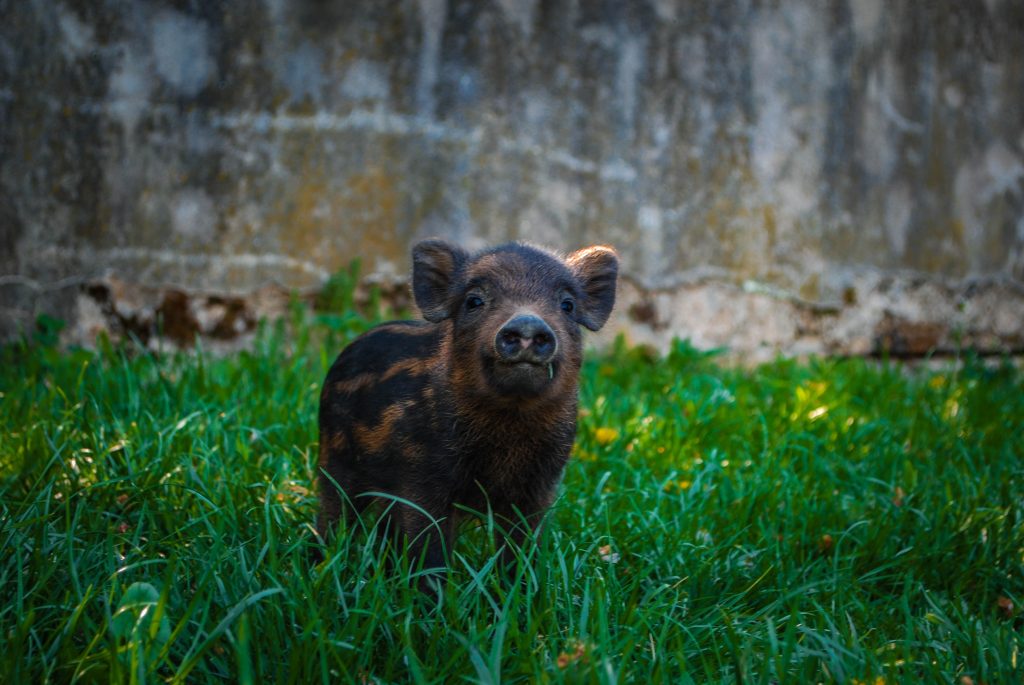 Photo by Abonyi Kevin on Unsplash

Getting back to the example of why pigs are oftentimes associated with food, while dogs are only seen as pets, this is now clearly explainable with the strategy of categorization. Pigs are typically categorized as “food animals” and most people don’t think of them as having a mind or being capable of suffering. Dogs on the other hand are usually perceived as mindful animals, making it seem morally wrong to us to consider them as food animals.

To sum up, categorization allows us to group animals into food and non-food groups. This way, it becomes easier for meat eaters to reduce the perceived capacity to suffer of animals in the food category as well as to attribute those animals lesser minds. In addition to this, the psychologists Bastian and Loughnan suggest that even if people accept that animals can suffer, they might deny suffering by maintaining that animals are killed “humanely”. The latter strategy remains unexamined in research and requires further study to support this possibility.

If you look at the meat section in the supermarket, does what you see resemble the actual animal? Your answer will probably be no.

Most people have become increasingly distanced from the animals we consume. Unlike in earlier hunter-gatherer and agricultural societies in which people had a clear association between meat and animals, people nowadays barely have any contact with the animals they consume.

Want to eat a steak, burger or a piece of chicken? All you need to do is go to a supermarket and you will be able to find the finished products neatly packaged and with only few reminders of the actual animal. Even though obtaining the ready-to-cook meat products requires and extensive process of preparing the meat, consumers are nowadays no longer involved in this.

Just think of it this way – would you still eat meat if you had to kill an animal, remove its skin, feathers or organs and cut it into pieces? I assume most people would not.

However, since the products people are presented with in grocery stores have been removed of all typical animal characteristics, they have little reason to associate the meat with a once living animal. In line with this, it becomes much easier to dissociate meat from its animal origins and the suffering that is inevitably connected with eating animals.

Out of sight, out of mind? Do plastic waste exports encourage plastics consumption?

How to encourage people to eat less meat