Many people try their best to live a green lifestyle. We cycle more, eat plant-richer diets and use energy-efficient lightbulbs. Can we as individuals actually make a difference though? Aren’t the big fossil fuel companies the real issue?

According to the World Meteorological Organization, the year 2020 is on track to be one of the three warmest years on record. While the COVID-19 pandemic has led to an industrial slowdown and short-term drops in oil, coal and gas production, this did not result in curbed levels of greenhouse gases. On the contrary, greenhouse gases continue to trap heat in the atmosphere, causing temperatures to increase, extreme weather events to occur and sea levels to rise.

By now, it is clear that we need to act urgently. But who is really to blame for climate change?

Scientists agree that the recent climate change is caused by human activity, but pinpointing who exactly is responsible is more difficult than it seems. Are fossil fuel companies to blame? Politicians? Wealthy people? All of us? And who is responsible for fixing the climate crisis? 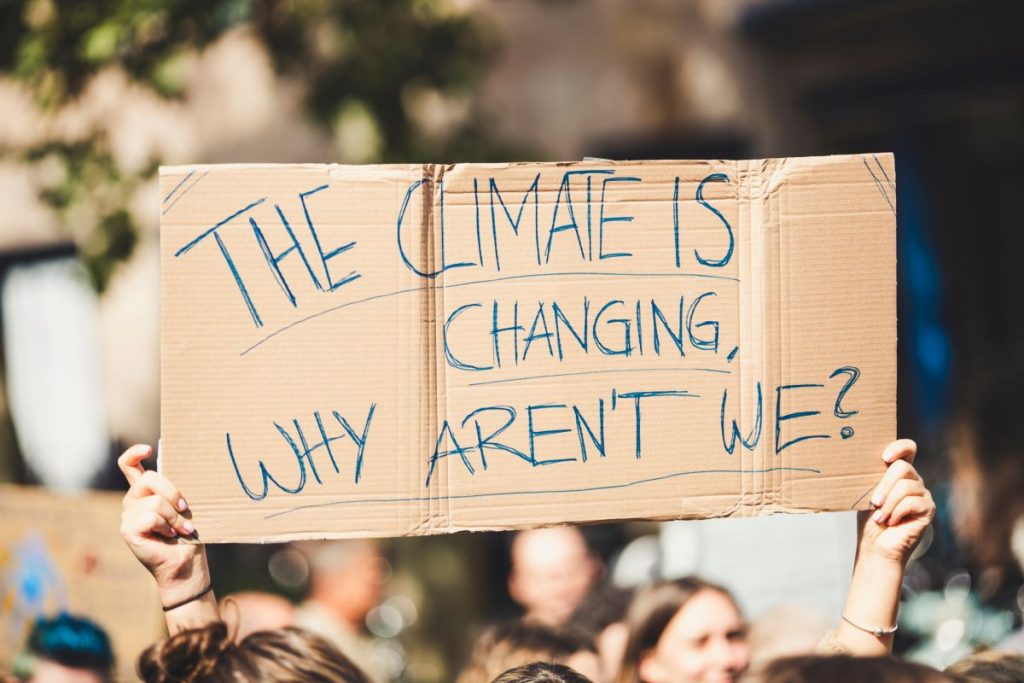 Photo by Markus Spiske on Unsplash

I try my best to live a green lifestyle, but just like many people, I’m sometimes wondering how much of a difference this makes. Does it really matter whether we turn down the heater, eat a plant-heavy diet and fly less? Aren’t the big fossil fuels companies the ones who are at the root of the problem?

Opinions on whether individual climate action is helpful are divided into two camps. On the one hand, there are proponents for limiting individual consumption; on the other hand, opponents argue that individual level behavior change is pointless as a number of big companies are almost exclusively responsible for greenhouse emissions.

So what’s the deal? Can all of us help to mitigate the climate crisis by changing our lifestyles?

According to a 2017 report by the Climate Accountability Institute, just 100 companies are responsible for 71% of global emissions. Sounds like we have found the culprit, doesn’t it?

Unfortunately things are a little bit more complicated. According to an interview with Richard Heede, the co-founder and co-director of the Climate Accountability Institute, it is indeed true that a rather small number of companies produce almost all greenhouse gas emissions. However, Heede explains that the companies produce the fossil fuels that we ultimately ALL use.

In line with this, studies estimate that household consumption of such products therefore actually accounts for around two-thirds of emissions (see here and here for references). 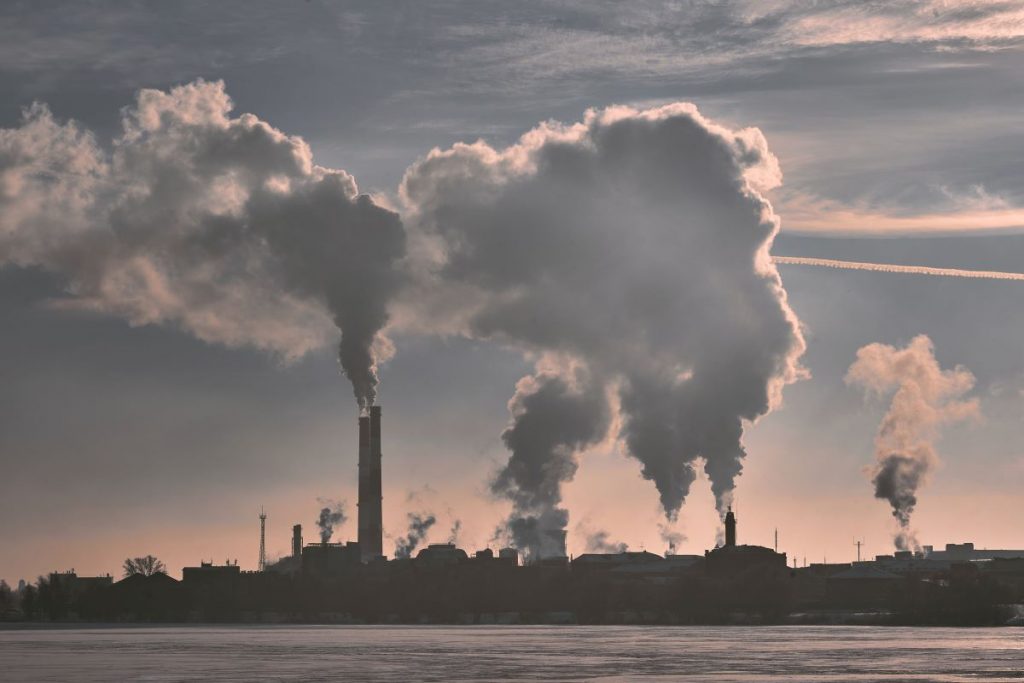 Photo by Maxim Tolchinskiy on Unsplash

Do I want to relieve fossil fuel companies of their responsibilities by saying this?

Absolutely not! Oil, gas and coal companies know that their products are causing global warming, yet they continue to lobby in favor of fossil fuels and argue for subsidies so that they can carry on to make massive profits of their products.

However, the point that I am trying to make is that all of us can make a difference by changing our lifestyles and behavior. In line with this, the IPCC also envisages a major role for lifestyles changes to keep temperature rise within 1.5°C.

So what should we do to do our part? Critics of behavioral changes to mitigate the climate crisis oftentimes argue that certain behaviors we consider as sustainable do not actually have the big positive environmental influence we think they do.

A great example of this are plastic straws – since the video of a turtle with a plastic straw up its nostril went viral, people have been crazy about not using straws. As plastic straws are oftentimes produced from crude oils and pollute the environment, it is certainly a good idea not to use them.

However (and this is really important!), there are certain other lifestyle changes that have a much bigger impact. The UN Environment Programme has just recently published the 2020 Emissions Gap report, dedicating a whole chapter on low-carbon lifestyles. Let’s have a look at which behavioral changes are considered most impactful.

The role of low-carbon lifestyles

To comply with the 1.5°C goal of the Paris Agreement, drastic reductions in consumption emissions are necessary, with estimates from UNEP ranging around needed reductions of 2–2.5 tCO2e per capita lifestyle footprint by 2030. Before we jump into which lifestyle changes have the biggest potential to mitigate climate change, we need to understand the distribution of emissions by populations.

There is a strong connection between emissions and income, with consumption not being equally distributed across the globe. Researchers estimate that the share of emissions by the top 1% of income earners in the world is larger, maybe even double, than that of the lowest 50% of income earners, who only account for around 7–15% of all emissions.

Even if we look at a broader range, namely the top 10% of income earners, the numbers are still shocking – this group of people is responsible for around 36-49% of emissions. At the country-level scale, most of the emissions of the global top 1% and 10%, are associated with high- and middle-income countries. To put it short, (rich) people from high- and middle income countries use A LOT of energy and are therefore responsible for a large share of consumption emissions.

Studies on EU-households show that a large share of emissions are transport related, with around 45-75% of energy being used for land transport and aviation. In line with this, there is high mitigation potential in the mobility sector. As there is a strong link between emissions and income in the mobility sector, reduction measures can be both impactful and equitable (i.e. they “concern limiting luxury consumption by higher income households”).

Let’s have a look at potential lifestyle changes that all of us can integrate into our daily lives.

Most likely, this will come as no surprise to you: flying is bad for the environment. In the mobility sector, reducing (long-haul) flights has the by far biggest potential to reduce emissions. Of course, the best would be to skip flying altogether. However, if this is not doable for you, reducing your air travel can also help substantially. Why not try to take the train to your next holiday destination?

Do you need to travel short distances? Take your bike or walk instead of taking your car! This way, you are not only doing something good for the environment, but also for your health.

In case you need to replace your old car, it’s good to keep an eye on fuel efficiency (e.g. L/100 km or MPG). If it is in your budget, you can also consider and electric vehicle. Some countries even offer purchase incentives (bonus payments or premiums), which can help to make an electric car more affordable.

Adjusting your food habits is maybe the easiest and quickest way to reduce your carbon emissions. Let’s have a look at a few impactful mitigation options.

Imported food is oftentimes shipped for hundreds or thousands of kilometers before it arrives in our supermarkets. The shipping process releases tons of carbon emissions that are easily avoided by eating more locally and in-season foods. Doing so is not only good for the environment, but also supports local businesses.

Organic farming is widely considered to be a far more sustainable alternative when it comes to food production. The lack of pesticides and wider variety of plants enhances biodiversity and results in better soil quality and reduced pollution from fertilizer or pesticide run-off. Conventional farming has been heavily criticized for causing biodiversity loss, soil erosion, and increased water pollution due to the rampant usage of synthetic fertilizers and pesticides. However, despite these glaring cons, scientists are concerned that organic farming has far lower yields as compared to conventional farming, and so requires more land to meet demand.

Let’s be honest – do you ever throw away food because it has gone bad before you were able to eat it? Avoiding food waste and excess consumption show substantial mitigation potential, even though these options are mostly applicable to higher income households.

Last, let’s have a look at residential energy consumption and potential mitigation options.

Worldwide, living spaces tend to get bigger. Unfortunately, this happens faster than energy efficiency gains in the residential sector, meaning that more and more energy is used to heat homes. The implication of this is straightforward and simple – reducing your living space can significantly lower your environmental impact.

Low-carbon heating options will play a significant role in meeting carbon reduction targets. In comparison to conventional gas and oil boilers, low-carbon heating systems, which extract heat from sustainable sources (e.g. the sun, ground, air, or plant-based organisms), release fewer carbon emissions. Obviously, replacing your heating system at home is not a lifestyle change that is doable for everyone, but if you are a homeowner and have the chance and means to do so, it is a great option to reduce your carbon footprint.

As energy use rises with the age of homes, retrofitting older homes holds a significant potential to make buildings more energy efficient. For instance, insulating older homes can help to reduce energy consumption. Again, this mitigation option is not something that everybody can act on, but something that homeowners should consider.

So there you go – many options for impactful lifestyle changes that can help to reduce your consumption emissions. In case you are disappointed that a behavior you considered as sustainable is not included in the list, please don’t let this discourage you. There are many things we can do to help the environment – some are just more impactful than others, which does not mean that we should stop doing the “small things”.

On a last note, we also need to talk about one more thing. Ultimately, neither limiting our own consumption nor waiting for fossil fuel companies to act are sufficient to fix the climate crisis. Changing our own lifestyles can be incredibly helpful, but we need to go beyond our personal consumption by prioritizing how we vote, participate in social movements and innovate for changes. Only if governments support green energy policies and put a price on carbon, we can solve the problem to the degree that we need.

Want new things? Here is why we are driven to buy more and more